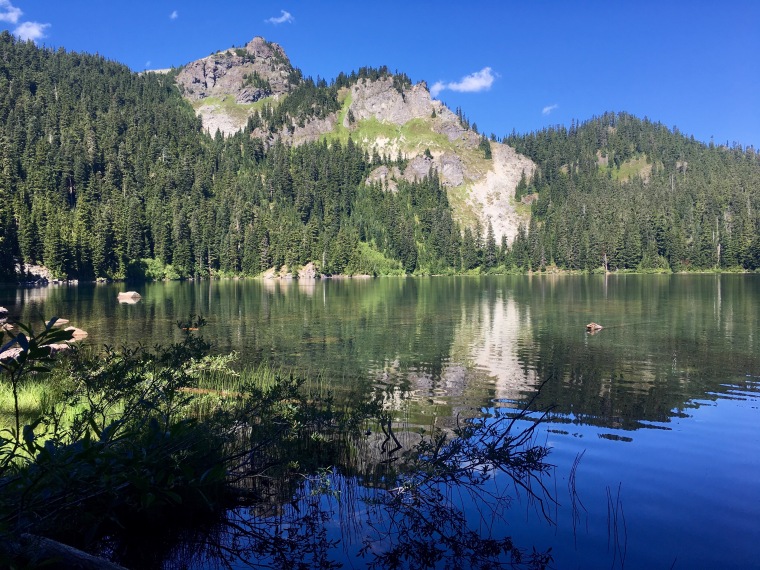 The first 4 miles were so quick and easy this morning.  Cool, dark forest.  Soft, dirt path. I caught up with So Far and So Good at a spring.  They were having their breakfast of foil tuna on tortillas.  I filled my bottles with the cold, clear water and carried on.

I hiked on about a mile.  I had my head down focusing on the trail.  A movement down the trail caught my attention.  A black dog with a shiny coat of fur was running down the trail in the opposite direction.  I thought, it’s running back to it’s owner.  That thought only lasted an instant.  I quickly realized it wasn’t a dog.  It was a baby bear.  I stopped.  I yelled, “Bear!”  I listen.  No movement or sounds of a bigger animal crashing through the bush.  Where’s mama?  I yelled, “Bear!” again.   I’d much rather see a big, older bear.  A baby bear means a large, protective, mama bear is close by.  As I stood there I looked at the bushes around me, they were laden with blueberries, salmon berries, and huckleberries. If it was a young bear on its own, there is plenty of food to fatten it up before it’s time to hibernate this winter.  After only a moment I felt confident to carry on.  For the rest of the day I saw lots of berries which reminded me to yell “Bear!”

I reached Snoqualmie around 3pm.  And there is Flyfish!  I have caught up to Flyfish! We started at Campo, on the Mexican border, on the same day over four months ago.   There were at least 50 other hikers starting that day.  I only know of one other that has not quit.  Willem-Jan from Belgium is still thru hiking. 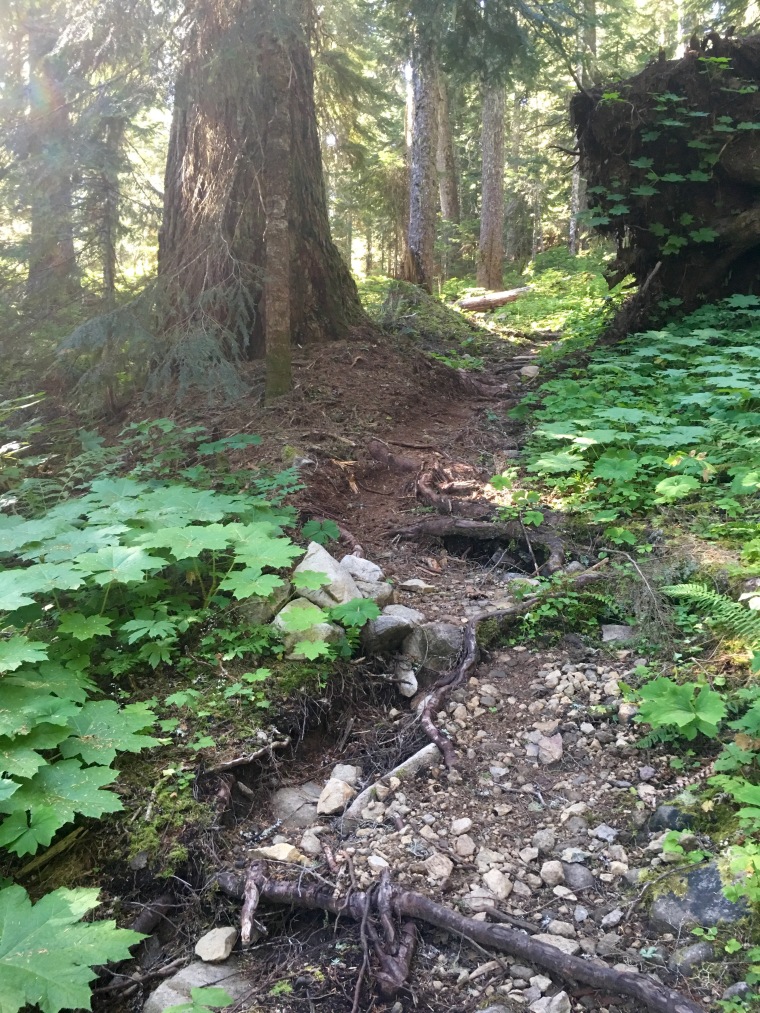 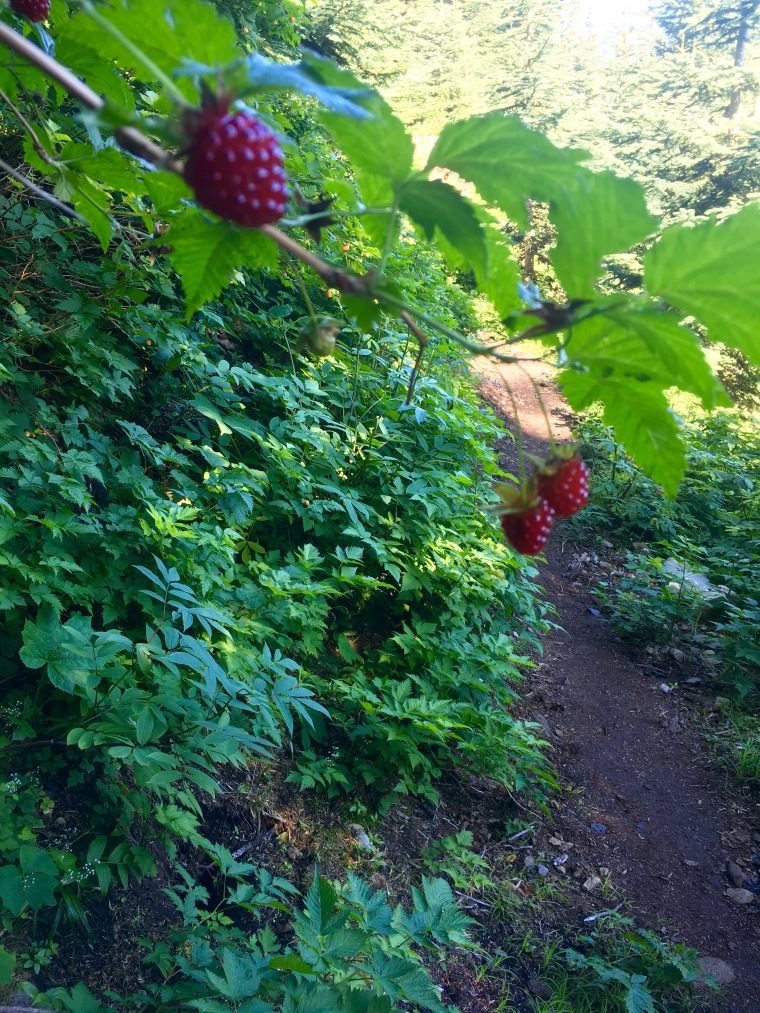 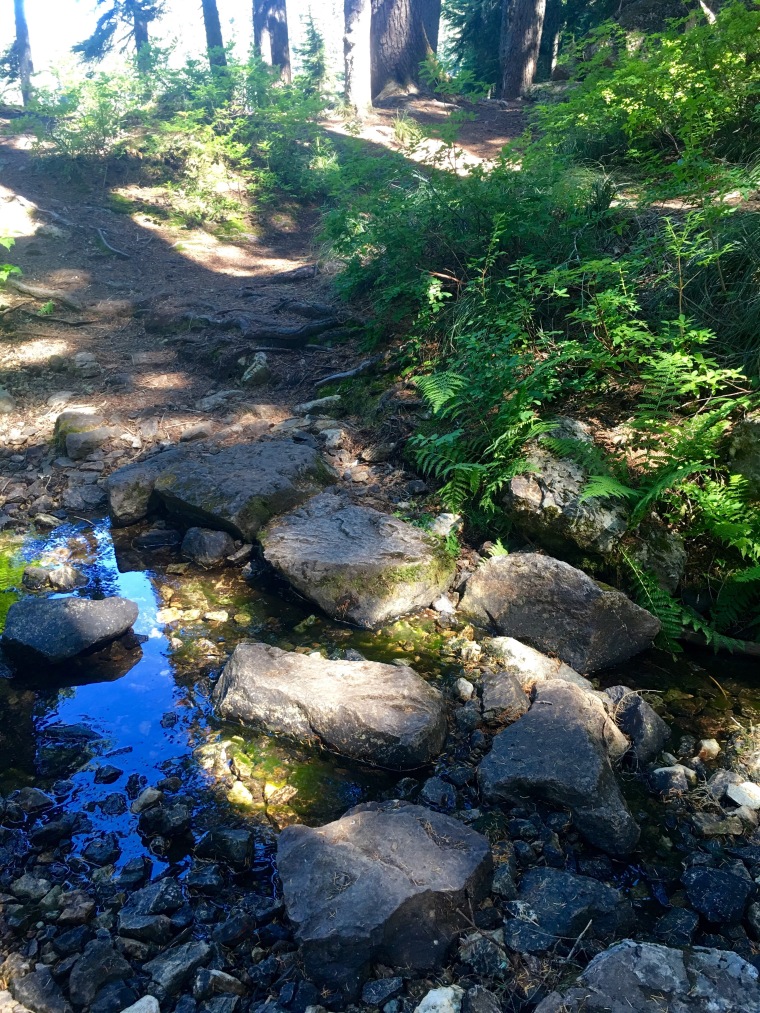 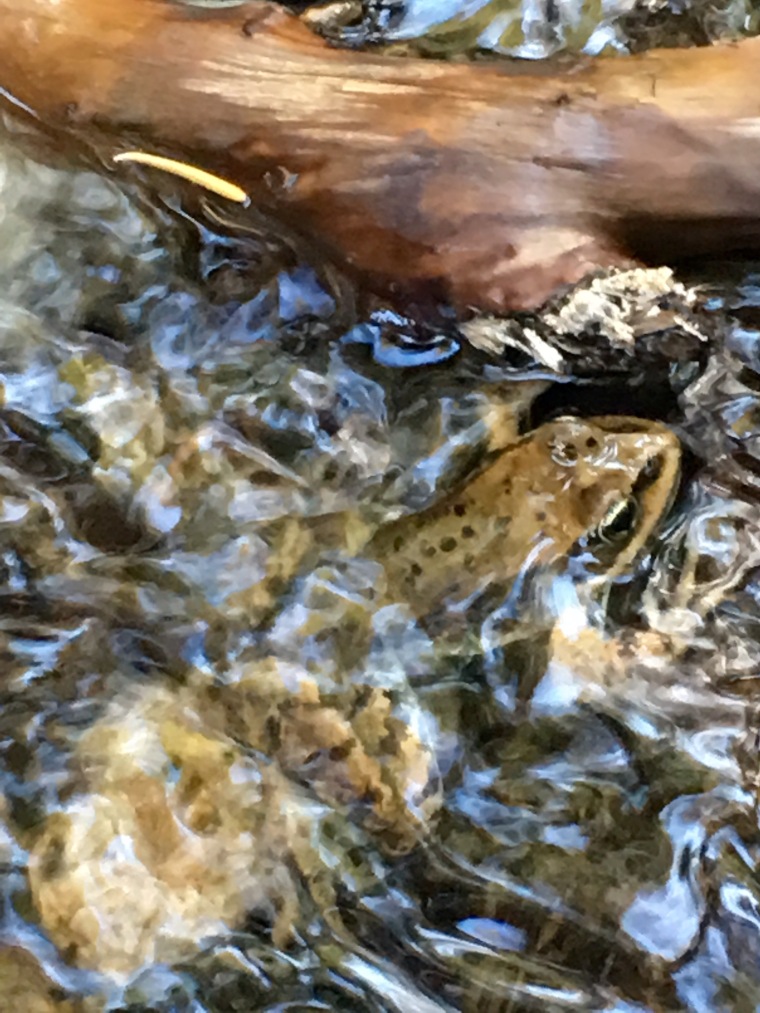 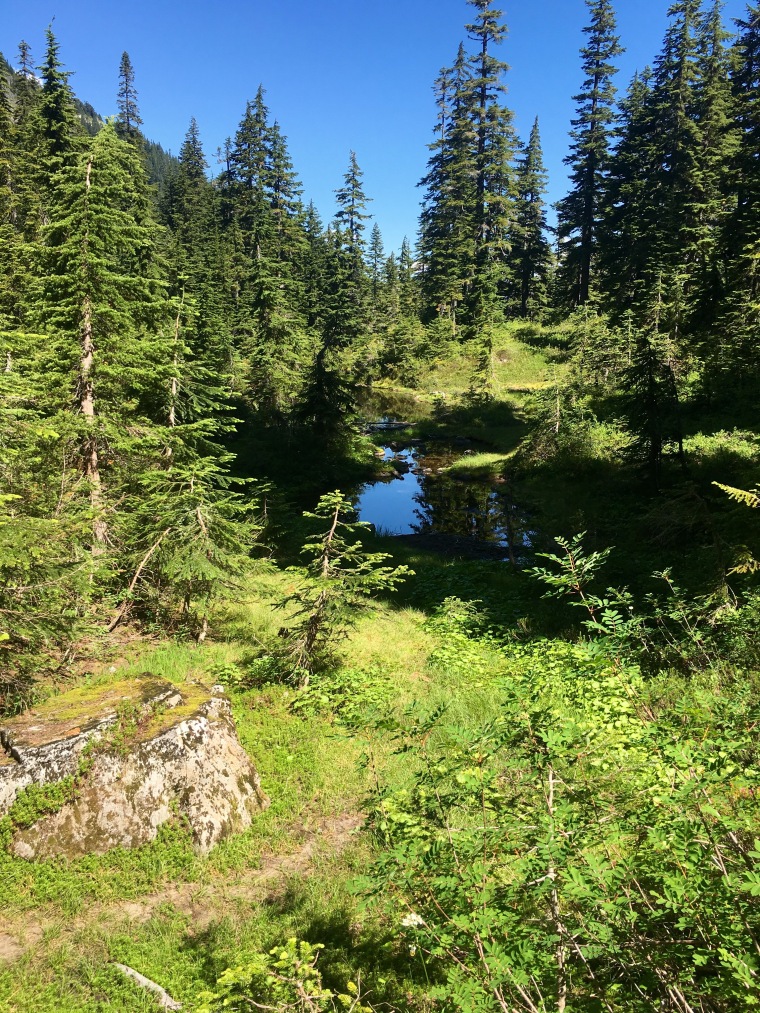 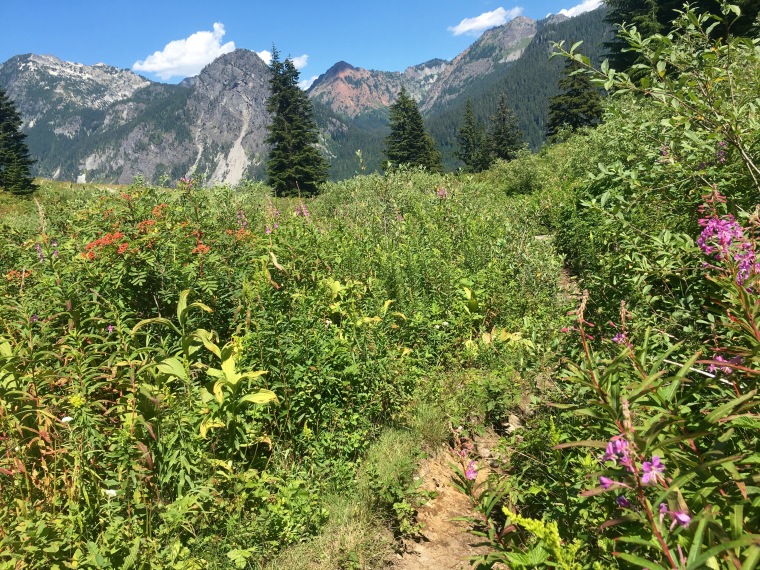 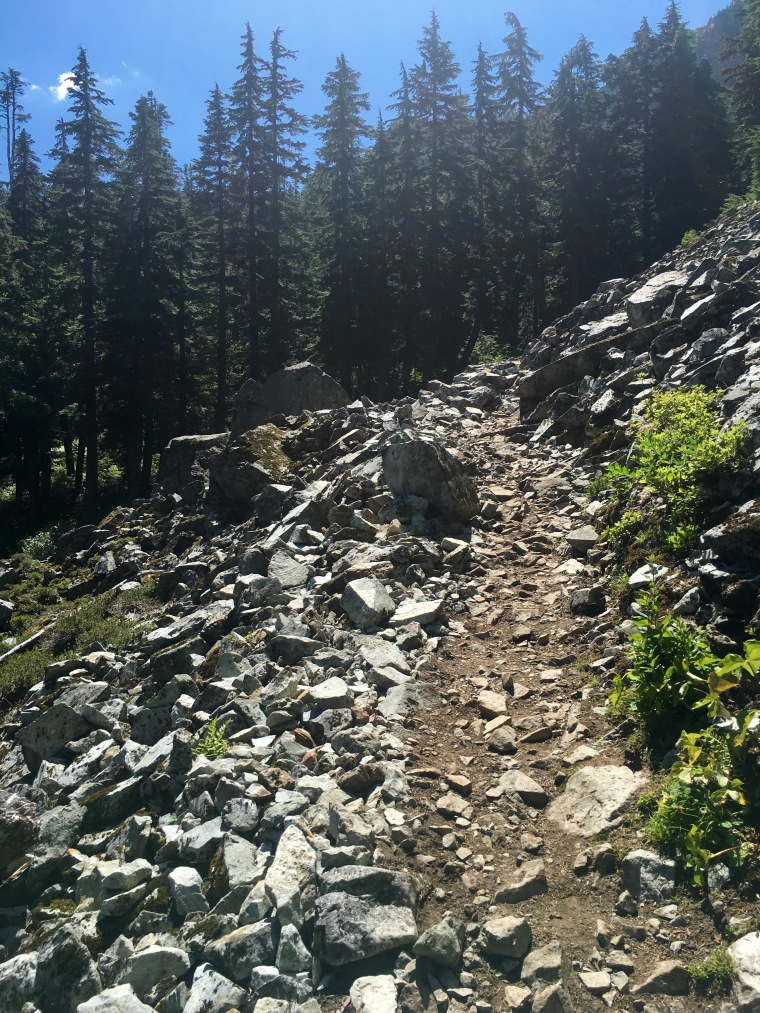