Poop.  I don’t mention it in my posts.  There is a lot of it on the trail.  Horse poop,  deer, elk, cattle, bear, but mostly coyote poop.  I have been seeing coyote poop since the desert, then in the Sierras, Nor Cal, and Oregon.  So today I finally actually saw my first coyote on the trail.  He was smaller than the coyotes we see in North Vancouver.

I followed this magical ribbon called the PCT,  through the cool, green tunnel for the first part of the day.   It stayed cold till about noon.  I stopped for lunch at a cabin.  The middle part of the day was much warmer as the trail turned red and black with lava rock.   And the last part of the day was hiking-hurdles.  Over and under fallen trees and debris for miles.  It was quite the workout.

In the late evening, three young hikers blazed by me.  Roadrunner, Two Percent, and Breeze.  I’ve never seen people hike so fast and not be running.  The fallen trees and debris don’t stop them.  They are in a whole other league.  When I got to Christi Springs to camp at 8:30pm, Rafiki and Pillowtalk raced by to carry on hiking into the night.  They are trying to keep up to the three trail blazers.

So many mosquitos.  It’s only just begun! 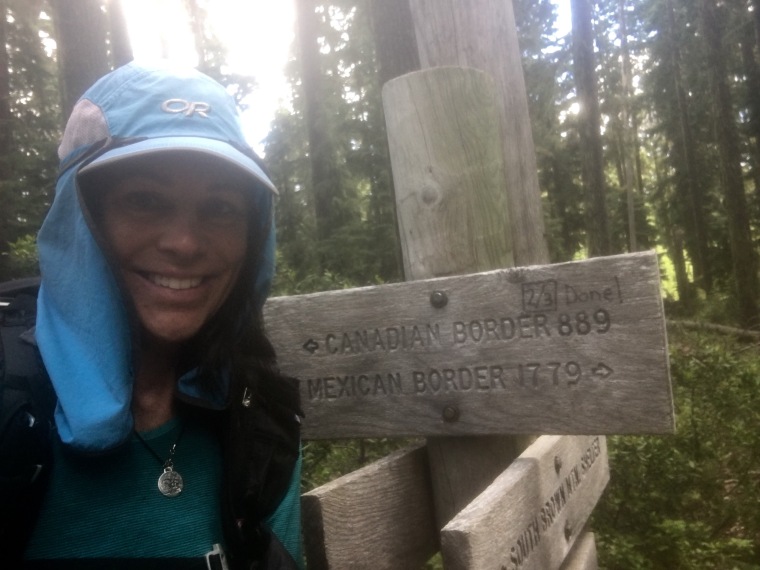 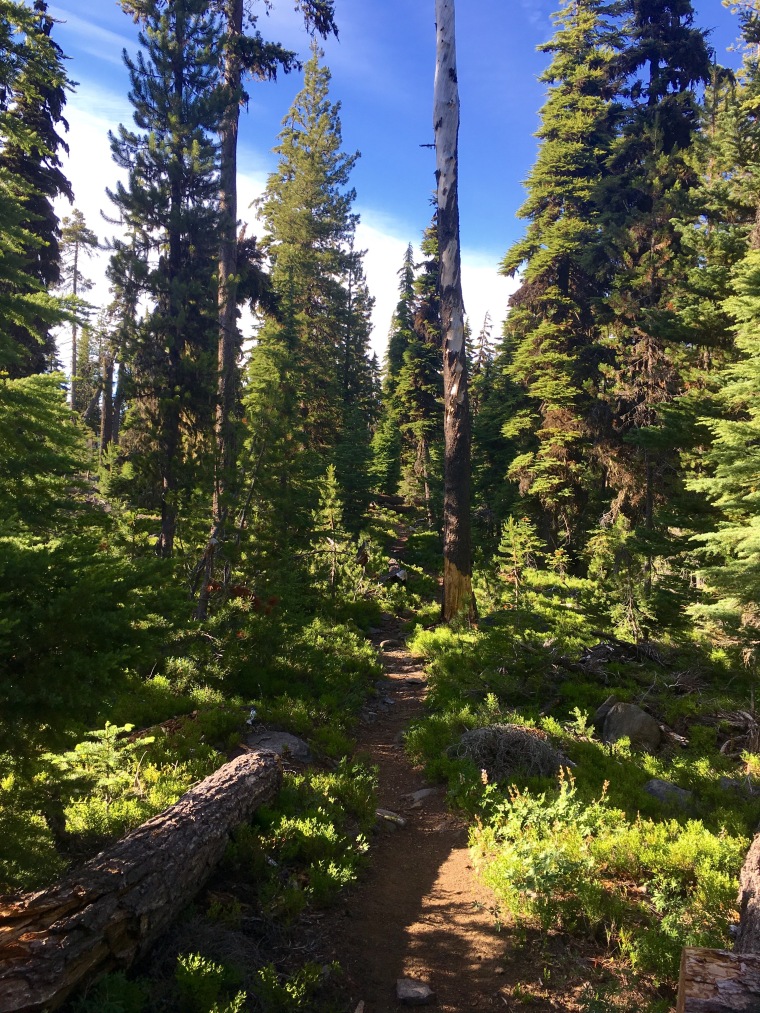